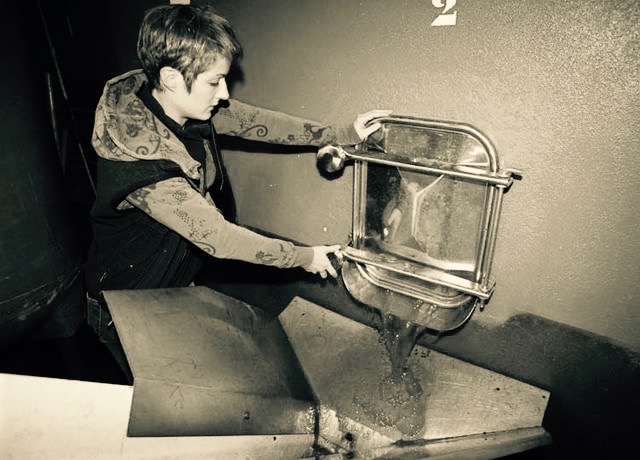 France Gonzalvez came to Beaujolais in 2004 and decided to stay. Without any financial backing or winemaking history, she was determined to make wine here. She began to work with Xavier Bernier and at the same time enrolled at the Beaune wine school,eventually making her first vintage in 2008 using the facilities of Jean-Claude Lapalu. She now tends five hectares around Blacé in the Beaujolais-Villages appellation and has her own small facility in the town. Her vineyards are on a mix of sand and granite soils and are farmed without herbicide or chemical fertilizer. Fermentations are on native yeast in cement vats with partial or total carbonic maceration and hardly any sulphur at all. She labels all her wines "Vin de France" even though this is a legal term describing effectively a Vin de Table, and her wines are technically Beaujolais Villages AOP. She claims that this is fine because she is called France! The vines for Cueillette are from Saint Etienne La Varenne grown on sandy soils. Reduced sulphur and partial carbonic fermentation are followed by ageing in cement tanks. Point G is from granite soils in Blacé, it is picked later with two thirds of the wine being aged in older oak.