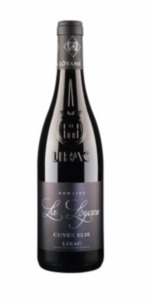 Spend over £100 and get free delivery

The Lirac region just across the Rhone from Chateauneuf-du-Pape, may be a small appellation but it has great soils and vineyards, and makes fantastic rich reds. Domaine La Loyane are one of the names to watch in the region. Romain Dubois started his wine making career at the age of 15 at the property, under guidance of his father. He's now 35 years old, and has just completed his 20th vintage! Pretty impressive. His wife Laure looks after the viticulture, which is all done organically.

Lovely black fruit notes with that classic southern Rhone savoury meatiness, and a touch of vanilla spice. Very enjoyable and great with a bit of cheese or heftier fares.