Charles Dufour has seen a bit of a breakout in the popularity of his wines over the last two years. Having established himself firmly in the Scandinavian restaurant scene a few years ago, his singular Champagnes remained relatively unknown in the UK until 2016. Charles currently works 6 certified organic hectares around the village of Landreville in the far South of Champagne where he also employs biodynamic techniques. This represents the first of many departures from his family’s long history in the village where they have been growing grapes and making wine for generations. As well as eschewing chemicals in the vineyards, Charles ferments largely in barrel and always on native yeast without the use of sulphites. The wines then rest in barrel for between 12 and 18 months before tirage. The range is split in to two parts ‘Bulles de Comptoir’ and ‘Par Charles Dufour’, the former being a wonderfully expressive Pinot Blanc dominated blend from across his vineyard holdings and the latter a selection of single vineyard or single village wines made to transmit the singularity of specific sites. Truly compelling wines that are available only in tiny quantities. We've been importing his wines for a few years now and we never seem to get enough, so some good and bad news -

Charles has decided not to make his single vineyard estate wines (bad news as I really like them) so this will be the first time that grapes usually destined for these single vineyard wines have made their way in to the Bulles de Comptoir. This means that not only will there be a little more Bulles de Comptoir (good news) to go around but that this has been achieved with grapes from some of Charles's best plots. 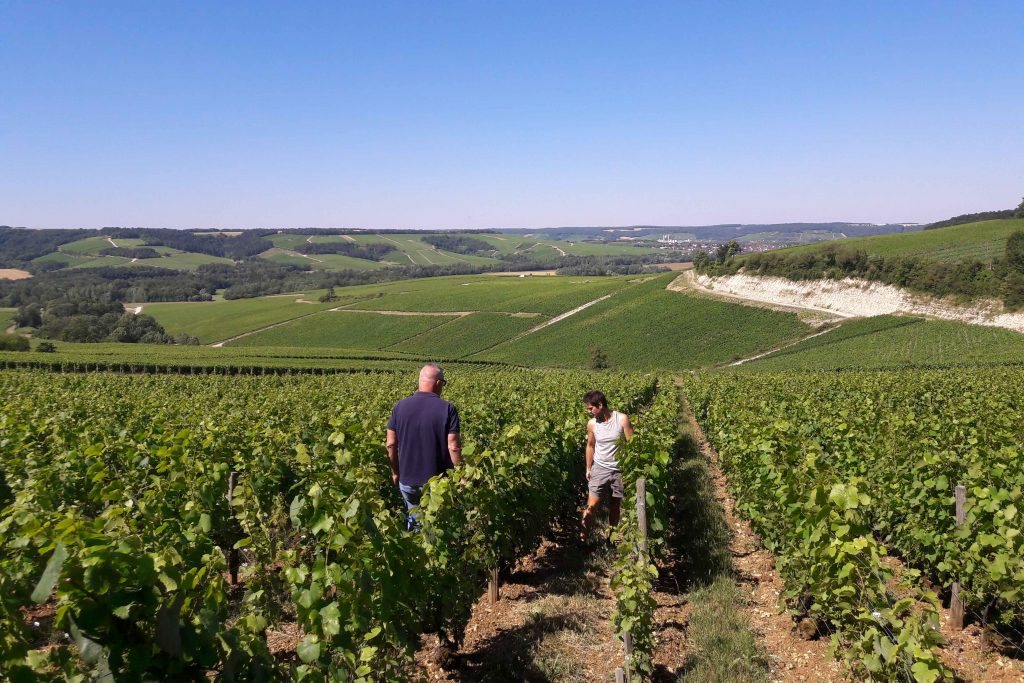