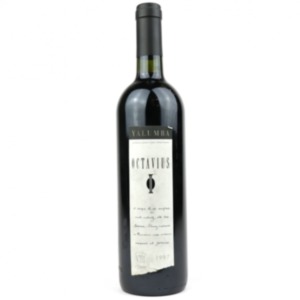 Yalumba The Octavius has established a reputation as one of Australia's icon Shiraz wines, an amazing feat considering the first release was the 1990 vintage. In addition to being sourced from a number of very old vineyards in the Barossa, The Octavius is matured in American oak 'octaves' of 90 litres capacity. It is the only red wine in the world that is matured in such small barrels. The secret of the wine not becoming overpowered by the oak is that the wood is seasoned at Yalumba for eight years before the octaves are crafted. Yalumba is one of a select few wineries in the world who boast their own coopers practising the ancient craft of barrel making.